Many work places have a standard of appearance, be it business professional, business casual, or relaxed. Usually there is a dress code or policy in place that outlines what can and can not be worn during working hours. So what do you do when your boss asks you to change something personal about yourself? Like your hair…

Recently my husband applied for a job and was called in for an interview. He patted his tightly coiled hair, about 6 inches long, into a neat Afro. The interview went extremely well because he was hired on the spot, however, he told me that he’d have to cut his hair. I was not a happy about it at all. You see, we made a promise to each other on our wedding day to never dramatically cut our hair ever again as a symbol of our love. Corny, yea, but considering he’d always known me to have hair, and I did my big chop the day after we exchanged vows, it was kind of a big deal. Since this was not a career path job, we wanted to make sure that this was mandatory request before he went off cutting his hair all willy nilly. Together, we made a  list of questions: What exactly is the work policy about hair? Does it detail how long can your hair be? Is that in the stretched or the relaxed state? Does the rule apply to both male and female, or just one gender? My curiosity began to grow with each question; I recall arriving that day and noticing another employee of the company with an Afro about the same size as my husband’s. No offense to him, but it was sloppy. So why was one employee allowed to have an Afro, but the new hire was required to get a cut. Were there loop holes or exceptions to the rules? Trying to think in terms of the bigger picture, I just told my husband to find out the exact policy and then comply. He spoke with the manager the following day and was told that his Afro was fine, but maybe he should trim it down a bit. How much was a little bit, I asked, and of course the manager didn’t specify. Needless to say, the “hair policy” was never found…

I then began wondering what the real issue was about. It could not have been about his appearance, because hubby cleans up nice.  His shoes were shining, slacks were pressed and creased, collar crisp, and face clean. 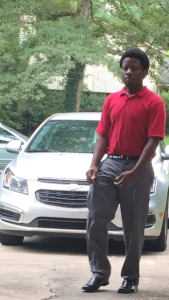 Being that the job is in sales, I began to think the issue could be the consumer. Is it possible that they wanted him to cut his hair because a black man with an Afro is intimidating to average consumer/customer in the business, especially in that particular area; possibly. In a world where a white person has used the excuse that they “feared for their life” simply because of the color of a person’s skin and gotten away with it the idea really isn’t that far fetched. It is preposterous but its been the huge part of the reason for many of the deaths or attacks on people of color as of late, but I digress… We may not be able to control the color of our skin, but for Christ’s sake do something with that hair… right?

But it’s not always just a “black” thing. About eight years ago, while I was in boot camp for the U.S. Navy, one of my shipmates, a tall, pale, ginger, got completely chewed out in front of the entire mess deck simply because her hair was naturally curly. During processing, every female is given the same essential items to survive  training. One of those items was a packet containing two flat hair clips. Even though they cut our hair upon arrival, and even though we had to go swimming every day, we were not allowed to have scrunchies or rubber bands. There was kind of like an unspoken “no ponytail” rule, so for the curly headed girls it was a challenge just to look decent on a regular basis. If you couldn’t get your prison braids done, these clips were your only weapon in the battle against our hair. On that particular day, we went swimming before chow. Upon returning to our “ship” we all changed, unloaded, and “Ginger” decided to tame her tresses with the clip 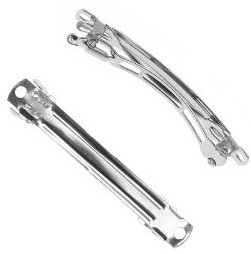 we had been provided. We were silently inhaling our food when a P.O. bent over so that her mouth was directly beside Ginger’s ear, and went the f**k off. She started with “how dare you”… “Who do you think you are… in MY Navy”… She tried helplessly to explain that she was not in possession of a rubber band, and her hair was not, in fact, in a ponytail, all she was really doing was digging a bigger hole for herself. She was guaranteed a reward for her blatancy later. The thing I found odd was the fact that an Asian girl, who was sitting right next to her was wearing the EXACT SAME CLIP in the exact same manner. The only difference was that the Asian girl’s hair grew out of her head bone straight.

In that kind of environment there were not too many people who were willing to stand up to a P.O., and as a recruit you do what you’re told, so unfortunately Ginger had absolutely no one to come to her defense. Basically she was humiliated and embarrassed for something she had no control over. On the flip side though, the military has guidelines in writing about how long your hair and nails can be, what styles are permitted, and obviously a dress code. In my husband’s case, there was no such policy, yet he was told to cut his hair as if he didn’t have a choice.

Should either of these situations be considered discriminatory?

By definition discrimination is the practice of unfairly treating a person or group of people differently from other people or groups of people. Sound off or share your experiences in the comments below.

View all posts by TeLLiey*

Did you ever write about…